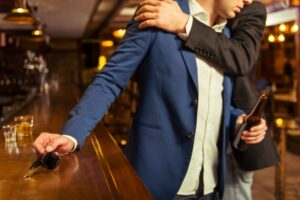 The only way you can be sure that your injury claim will be properly handled is to hire an experienced Dallas drunk driving accident attorney to represent you.  Not only will Robert C. Slim, Attorney at Law, know how to prepare your case for maximum value, he also knows how to properly negotiate your claim to get the highest possible settlement.

Drunk Driving Accident are All Too Common

In Texas, drunk and  intoxicated driving makes up about 40% of all accident related deaths. That is a “sobering” fact. This statistic not only includes persons operating cars and other motor vehicles, but also includes pedestrians and bicyclists who were under the influence.

Under Texas law, a person in considered “intoxicated” when their blood alcohol level reaches .08 or higher. If the driver involved in an accident is suspected of being drunk, the police officer will note that fact in the accident report.

Additionally, the suspected drunk driver will be asked to submit to a breathalyzer or otherwise give a blood specimen for testing. If the driver is rendered incapacitated at the accident scene, many times the hospital or emergency room personnel will administer a complete toxicology testing. The toxicology report will provide not only the driver’s blood alcohol levels, but will also detect the existence of any other drugs or substances such as marijuana, cocaine, and methamphetamines.

Driving Under the Influence

Even if the driver of a motor vehicle consumed alcohol but is not legally intoxicated, the police officer may still note whether or not the driver was “under the influence” of alcohol.

An Accident with Drunk Driver May Mean a Bigger Settlement

Naturally, a drunk driving accident puts a car accident case in a whole new light. If you were the victim of an accident with a drunk driver accident, then you may be able to demand a greater settlement amount just because jurors are generally willing to make higher awards than if the driver was not intoxicated.

Insurance companies know this. As such, you can also count on the insurance companies defending these cases more vigorously in hopes of compelling you to take a settlement rather than going to trial. It is this reason that makes it even more important to hire an experienced lawyer to pursue your rights in the event you are the victim of an accident caused by a drunk or intoxicated driver.

Sometimes, the restaurant or bar where the alcohol was consumed may be liable for injuries caused by a drunk driver. This is called “dram shop” liability.

If a bar owner serves a customer who is obviously intoxicated and that customer leaves the bar and gets into a car accident, not only can the injured victim seek damages against the drunk driver, but the restaurant or bar can also be legally responsible. 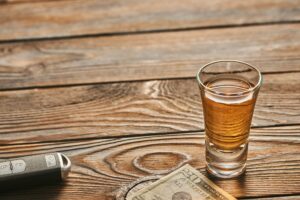 Below is a chart estimating the average blood alcohol levels of men and women.  Please note that these are just estimates and should NOT be used or relied upon for any given person’s safe alcohol consumption.

If you are the unfortunate victim of a drunk driving accident...

It is very important to get proper legal representation from an experienced Dallas drunk driving accident attorney. Call (214) 321-8225 or Contact Us for a Free Consultation and Personal Case Review.

Submit Your Case for a Free Consultation

Is the insurance company liable if I get involved in an accident with a drunk driver?

Yes.  If you are injured in an accident with a drunk driver, the other driver’s insurance company is still liable to cover your injuries and damages.  Furthermore, the insurance company may be liable to you for punitive damages in addition to the damages you are entitled to recover for your injuries.  This is why drunk driving accidents tend to have higher settlement values than other car accident cases.

What happens if you get into a car accident with a drunk driver?

If you are injured in an accident with a drunk driver, that other driver can be arrested and criminally charged.  The driver and insurance company can also be held liable for your injuries.

What is “dram shop” liability?

Dram shop liability refers to the legal principle imposing liability on a business for over-serving alcohol to a customer who later gets involved in an accident and injures someone.  Essentially, the injured person may have a claim against the bar or restaurant that served the driver too much alcohol to a point where he was visibly intoxicated.

Does the driver have to be legally drunk in order to be liable for my injuries in a  car accident?

Although it helps, it is not necessary.  The blood alcohol levels for DWI’s  are for criminal cases.  If you are injured in a car accident with someone who was drinking, he can still be held liable in a civil case for your damages even if there were no criminal charges.