THE OTHER DRIVER WON’T CALL THE INSURANCE COMPANY.

What do you do when the other driver just simply will not contact nor cooperate with the insurance company after a car accident?

It ‘s a frustrating situation.  I get calls all the time from clients who had a car wreck with someone and the at-fault driver basically goes into hiding.  A guy merges into your lane or rear-ends you.  You’re injured and need to get your car fixed.

So what do you do in this situation?  You first have to know why the other driver’s cooperation is necessary.

What is the “Duty to Cooperate?” 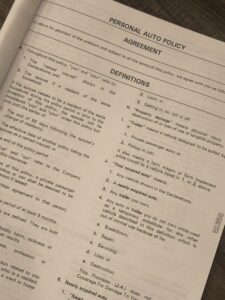 Every auto liability insurance policy in Texas requires their driver to cooperate with the insurance company after a car accident.

Who Must Cooperate with the Insurance Company?

Now, you may ask yourself, “I’m seeking coverage under the policy and I am cooperating.  Why am I not being covered?”

Technically, you are not seeking coverage under the policy as far as Texas law is concerned.  This is one of the biggest myths of how liability insurance really works.

When you are claiming that someone else is at fault, then your claim is one of legal liability against that person.  Since the policy is designed to protect the person who may be liable to you, then your claim is actually against the other driver and their insurance company. The next section explains this concept in more detail….

Know Your Standing with the Insurance Company.

However, this definition does not include you!  Rather, you are an outside party making a claim on someone else’s policy. You are alleging that the other driver is legally liable to you for damages or injuries you sustained in the accident.  This is called a “liability claim” also known as a “third-party” claim.

What is a Liability or Third-Party Claim?

They can protect their driver in several ways:

Either way, the insurance company’s focus is to protect their driver and not you.

Back to the “Duty to Cooperate.”

This leads us back to my initial discussion about the duty to cooperate.  Naturally, you as the injured person will cooperate with the insurance company since you are the one looking for compensation for your injuries.  However, that is not the cooperation that is relevant.

In order for the insurance company to protect their driver, they need their driver to cooperate in the investigation and defense of your claim. 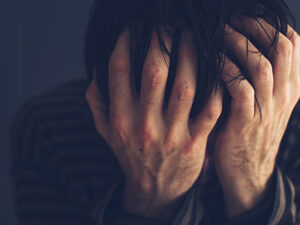 The other insurance company needs their driver to cooperate with them in order for your claim to be covered.

Ironic, isn’t it?  You are injured in an accident that is the fault of someone else, and that person’s insurance company’s legal duty is to protect their driver against your claim.  This is true even though Texas law requires every vehicle on our roadways to carry liability insurance for the very purpose of protecting those who are injured in auto accident.

Like it or not, that’s the law in Texas.  So, if the the other driver will not cooperate with the insurance company, then the adjuster may not be able to properly investigate and handle the claim on the other driver’s behalf.

In the meantime, you are left hanging until their driver cooperates with the claims adjuster.

Where Does this Leave You After an Auto Accident?

If you are in this predicament, you have several options. You can make a claim on your insurance policy. This is probably the best way to deal with the situation because you are now dealing with an insurance company who is on your side.

If you had auto collision coverage, then your insurance company will pay to get your car fixed regardless of the other insurance coverage. However, this only covers your car. Any claims regarding your injuries have to be done through the uninsured motorist coverage.

File a Lawsuit Against the Other Driver.

If filing a claim on your insurance is not an option, then filing a lawsuit is the only option you have left. This is probably to least favorable option.

That is why you should consult with an attorney who know how to spot the insurance company’s tricks and keep your options open.

Get a Free Consultation of your auto accident case. Know your rights and your options.

Before you make any hasty decision on how your case is going to be handled, you better first consult with Robert C. Slim, an experienced auto insurance attorney in Dallas.  If you have been injured in a car accident and are having problems with the other driver’s insurance company, Call 214-321-8225.

Use our online case information form for a free consultation with Robert C. Slim.

Who do I Sue? The Driver or the Insurance Company? A Discussion about “Direct Actions.”