What is the settlement value my injury case?

Often people ask me:  “What is my injury case worth?” or “How much are we going to be asking for?”  Evaluating personal injury cases is a complicated process with many factors.  The most obvious factors, of course, are the seriousness of the injury, the seriousness of the accident, and the facts of the accident.  Here are some of the things to keep in mind when thinking about how a personal injury case may be valued:

The most obvious thing to consider when looking at personal injury cases is the seriousness of the injury.  Of course, the more serious the injury, the higher the medical bills.  Thus, the more value the case has.

For instance, a person who has broken bones and surgery is more likely to get a higher settlement than a person who has whiplash.  That’s not to say that whiplash doesn’t hurt.  It just not something you can see to appreciate.  “Shock value” goes a long way in negotiating a higher settlement value.  This is why taking pictures of any visible injuries in critical in proving your injury.

Additionally, injuries that tend to result in future impairment or scarring tend to have a greater value than injuries that are successfully treated with simple therapy. 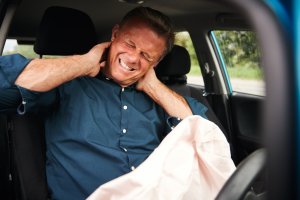 How serious the accident is depends not only of the cost of repairs to the vehicle, but also how the vehicle looks.  For instance, both the vehicles below resulted in an injury to my client.  Can you guess which vehicle produced the greater injury? 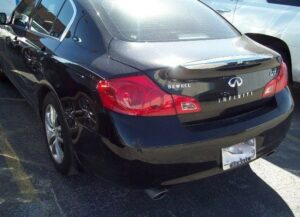 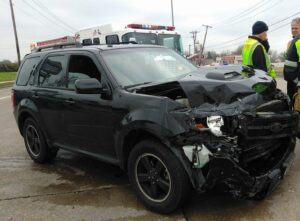 It’s a trick question.  Both occupants were seriously injured.  In fact, the person in the car on the left had shoulder surgery.  Even though there is barely any visible damage to the car, it cost over $8,000 to repair.

Sometimes an accident can be the fault of both people.  In those circumstances, the concepts of contributory negligence and comparative responsibility may come into play.  This will also effect how much your case is potentially worth.

Aggravating facts may also help increase the value of a case, such as drinking and driving, texting or using a cell phone, speeding, etc.

Other Things to Consider

Less obvious, but very important, factors also effect the value of the case.  For instance, the jurisdiction where the case is pending is an important factor.  An injury case in Dallas, Texas, may not have the same value as if the same case occurred in East Texas or South Texas.  Why?  Because the potential jurors in Dallas tend to be more conservative in their verdicts than potential jurors in other less conservative regions.

Another less obvious, but very important factor, is the quality of the client.  The fact remains that jurors tend to side with the party that appears more credible.  After all, the injured Plaintiff is the primary witness when it comes to testifying about the injuries.  If the Plaintiff is not credible, then the jury will be less likely to rule in their favor.  Additionally, the insurance adjuster and defense attorney will be less sympathetic toward the Plaintiff when it comes time to consider settlement of the case.

Other factors include the medical history of the client, the quality of the medical treatment, and the policy limits applicable to your claim.

There is No Formula?

Another misconception is that a case normally settles for three times the amount of the medical expenses.  The theory is that 1/3 goes toward the medical expenses, 1/3 goes to the attorney, and 1/3 goes into the client’s pocket.  Those days are long gone!   And if there is a jurisdiction that follows this formula, please let me know because I will move there.

The vast majority of cases settle for far less than three times the medical expenses.  This is especially true when the injuries are less serious.

Then again, there are cases that settle for even more than three times the medical expenses, especially when the injury is very serious.  There are just too many factors to consider in evaluating an injury case.  This goes to show that the value of every case is determined on its own merits.  Don’t expect your case to follow some impersonal formula.

Ultimately, if a settlement opportunity presents itself in your injury case, just ask yourself this question:  “If I go to trial and get less than the amount being offered, will I regret not taking the settlement offer?”

If the answer is “Yes,” then you should seriously consider settling.  However, these decisions are best made after a thorough consultation with your lawyer.

Get the Right Representation

Many clients ask me how much their case is worth.  I always give them all the same response: “No lawyer can predict the value of a case.  If he tries, then you should RUN (don’t walk) out of his office!”  A smart client should also question the true intentions of any attorney who attempts to make such an evaluation in the beginning. 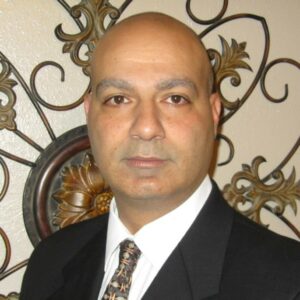 Only an experienced personal injury attorney knows how to avoid all the pitfalls of a complex legal process and bring your case to it’s greatest potential.

If you have a good case, then a good attorney will make sure your case develops that way.